In the Winter of 2020, with the help of Dan Wilson and the community on Pittwater, I learned how to windsurf on the new Olympic discipline, the IQFoil. Initially only doing it to get on the water whilst having fun as well as learning to foil, very quickly I was hooked and trained hard with the long-term goal of racing internationally. 18 months later, in April 2022 I was able to test myself against the best in the world at the first World Cup event of the 2024 Olympic Quad. We had 74 girls on one start line, it was the biggest fleet I’ve ever raced in! Here I finished 38th overall, in a predominantly windy event, I learnt a lot and was ready to get training before the next event. French Olympic Week Regatta was next, this event we used to test some things we had been working on since Palma. I was extremely happy to have made huge gains in those areas, although it highlighted other things I needed to work on. With a smaller fleet I was able to finish 18th overall. 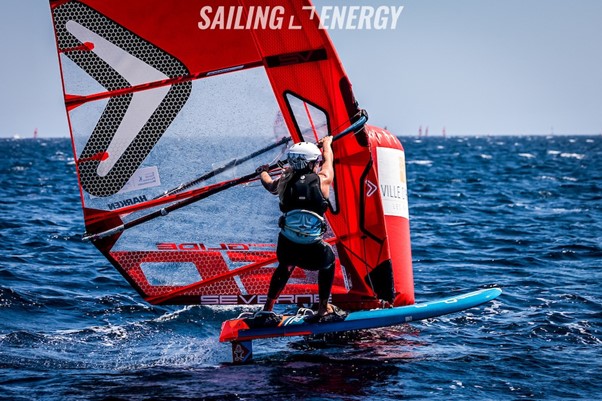 After this event we had a few weeks to prepare for the biggest regatta of our trip, the European Championships in Lake Garda. I had a week in Lake Garda training with my international partners before joining the Australian SailGP team in Bermuda for the opening event of the season. After having an awesome time racing on the F50 I headed back to Garda, arriving the day before my Europeans started. We had 98 girls, the biggest women’s regatta in the IQ foil yet. After two hard days of qualifying I managed to sneak into gold fleet. In this event we completed all 3 disciplines, slalom, course racing and marathon racing. I finished 48th overall, and now have a long list of goals to tick off over the winter at home before our World Championships in October in France! I am looking forward to doing some solid training at home on Pittwater, there truly is no place like home! 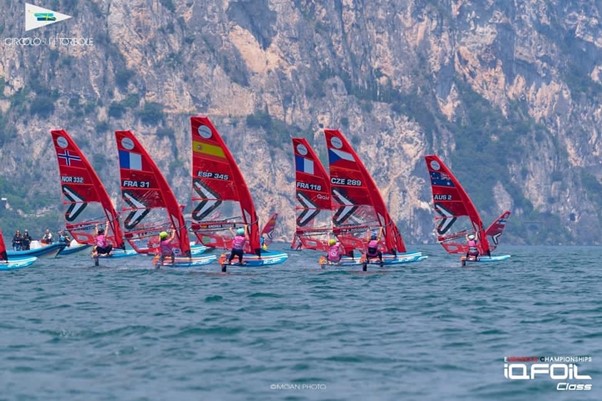