The class that won’t go away!

Whilst COVID puts a delay on racing currently in Australia, this hasn’t stopped the International 5.5 owners at RPAYC using this downtime to invest and optimise on their respective boats.

After winning the evolution division (1970-1994) at the recent worlds in Pittwater, John Bacon has now got his eyes set on the modern division (1994-present), with the newest addition “KU-RING-GAI III” to the 5.5 fleet arriving just recently.

The addition of Bacon’s 2016 Schmidt/Wilke Design International 5.5, now brings the fleet to 13 boats actively sailing on Pittwater! This number would be even bigger if it wasn’t for the fact some owner’s boats are currently stuck in Europe due to COVID.

Other notable improvements include the newly rebranded “Sic Em Rex II” an Iain Murray evolution design. Owner Tim Fussell, a newcomer to the fleet, is under no illusion that there is no shortcut to the front of the fleet and has invested in both crew and boat as they prepare to have a crack in the upcoming season. Northshore Marine have undertaken a full strip down and refurbishment of this beauty.

Under current NSW lockdown rules, sailing has been approved as permitted exercise for those lucky enough to be within the LGA of the RPAYC to access their boats with a maximum of two people allowed onboard (unless from the same household).

Of course, rules and regulations will continue to change, so for the moment we urge all our 5.5 sailors and friends to stay safe, abide by the rules and keep the sailing calendar clear for when racing gets the green light again!

With the fleet firmly in the double digits at the recent nationals, it’s clear that the 5.5’s will continue to prosper here at the Alfred’s with a fleet ranging from designs and builds in the 60’s, to the most recent builds and designs being built present day. 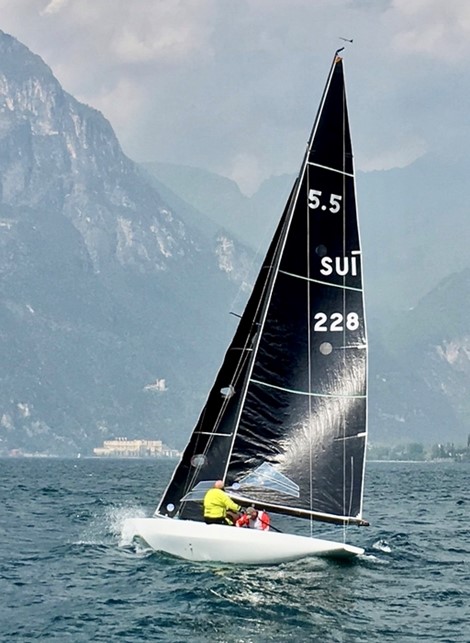