On Saturday 16 October our club staff were on hand to avert a sinking vessel on the marina.

Craig Evans (General Manager), Nick Elliott (Race Director), Justin Rose and Mike Omm (Waterfront staff) responded to a call to club Reception advising of a vessel (Kanaloa II) that appeared low in the water.  Using the club’s new emergency fire pump (located on D-Arm), Craig & Nick rolled up their pants and waded into knee deep water in an attempt to pump out the sinking yacht.  Unfortunately, it was quickly determined that a pump out wouldn’t suffice and the boat would require an urgent lift out.

With Craig & Nick on board, the waterfront boys towed the vessel to the travelift for emergency haul out.

Fortunately, Monique Mobbs (Boatyard Services Manager) and Dave Fox (Foreman) answered the emergency call and were able to interrupt their weekend plans to urgently assist by lifting and accommodating the vessel on the yard.

Owner Tammy Lindsay had the following to say: “Things could have been a lot worse than they were but for the very quick action of the team at the Club that day.  We cannot thank them enough –Just a wonderful team effort, from Reception through to the GM, it really shows just how much the Club’s staff care about the Club’s members and their boats.  And thank goodness she was located on the marina, and the problem was identified”.

A great outcome for all showing the club’s emergency response training & procedures are second to none.vessel 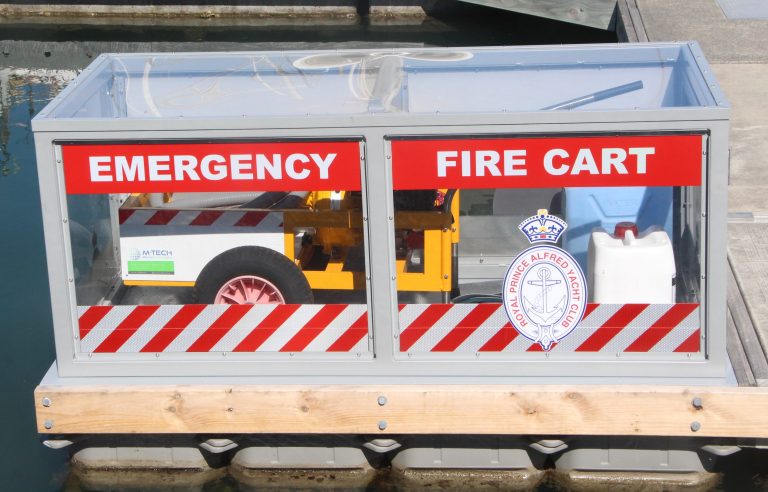