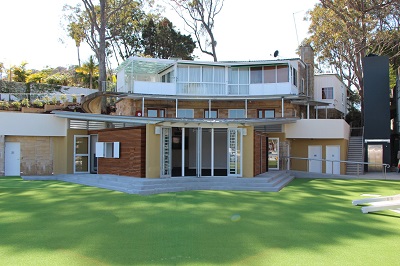 The Jack Gale Centre was named in recognition of Jack Gale's contribution to The Royal Prince Alfred Yacht Club.

The centre has being re-developed and will provide services to the Club's Centreboard activities and training services to all members.

In 1956 Jack and his wife Joan became the caretakers of what was then The Royal Prince Alfred Yacht Club – Pittwater division. Jack, Joan and their family occupied the old staff cottage which stood on the land occupied by the Bosun’s Locker and other tenancies.

Jack slipped vessels; cared for the Club’s vessels; assisted in the construction of a larger slipper and extensions to the boatshed; acted as a night watchman and boat minder and on Saturdays acted as a barman and most importantly collected the meat pies from Van Stralen’s cake shop in Newport. Jack sometimes found time to sail in the odd race or two as well as acting as the shepherd of the Club’s collection of sheep.

His wife, Joan assisted in her own quite way by doing the worrying for everyone, the laundry for the Club and caring for the odd injury and generally kept things humming.

Jack built a strong relationship with members of the local community and laid the foundation for what has developed into a great respect for the Club. Pittwater at the time was a much quieter place than it is today. Jack earned the respect of all the local boatshed owners, local police and waterfront owners who knew that if assistance was required they could count on the Club.

In August 1958, Jack was appointed as House Manager, responsible not only for the traditional areas of house but also for the Slipway, Boatshed and grounds. I recall that he occupied an office on the first floor of Moonbar.

During this period as House Manager, Jack organised most of the Club’s social occasions, including gambling nights, Melbourne Cup parties, dinner dances and Christmas parties. He also refined his recipe for the Christmas punch!

Jack was actively involved in planning for the construction in 1962 of the first “A” marina and what was then known as the 5.5 hardstand or the Green Point Hardstand which is what it is called today. 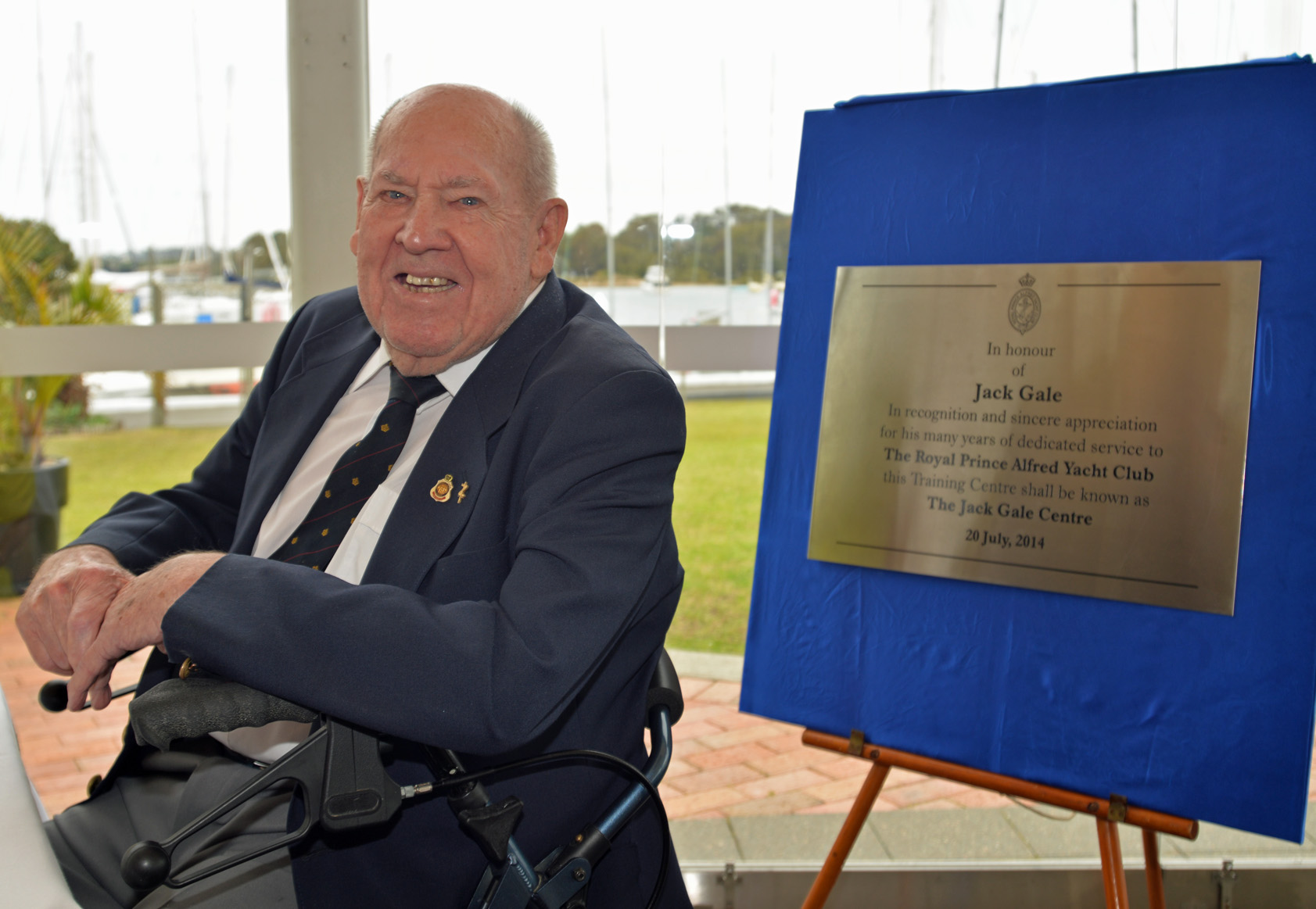 Jack Gale at the opening of the Jack Gale Centre

In 1968 funding was approved for the construction of B, C, D & E marinas, together with the Clubhouse we occupy today. The foundation stone was to have been laid by Duke of Edinburgh but owing to the absolutely foul weather on the day, the stone was actually laid by Jack causing the Duke to quip: “I cannot think of a better place than the bar in a yacht club to lay a foundation stone – now I lay the stone by remote control.”

Jack continued as House Manager until he became the Yachting Secretary in 1970. The Club had recognised that he had a particular talent in this area of yachting. During his 7 years in this position Jack not only enhanced his own reputation as an excellent race official but created and mentored an extremely effective team of yacht racing personnel earning the Club a reputation both locally and internationally as the premier yacht racing club in Australia.  During this time the Club conducted World Championships in Solings, 5.5s and Etchells and numourus State and National Championships.

Following his resignation in 1988 Jack was free to return to his first love which was life on the water as a Race Official which he continued to do every Saturday until is back problems forced him to back off.

Jack was not one for ocean racing, even though he competed in the Montague Island Race on occasions of folly. Jack was a crew member on the 5.5m “Altair”, owned and skippered by his great friend Tony Carr. They represented the Club with success in a number of championships and just missed out on Olympic Selection for 1964 Olympics in the 5.5s. Jack was a crew member on Gretal II at the America’s Cup and later became a radio commentator of note, on WANK radio with Norrie Hoyt – their  on –air rivalry and banter was legendary.

Sadly, Jack passed away on 8 July, 2017. The Club and all its members, both past and present are blessed that Jack chose to dedicate his life to the Club and its members. Whilst we will all miss him we will remember sharing his generosity of spirit, his knowledge and his wicked sense of humour.

There is no doubt that the Club has been most fortunate that Jack made the service of this Club his life’s work to return that loyalty and to honour Jack and his family in naming this facility after him.