REPORT First Round April 8/9/10
This year’s Championship will be held over five rounds with a team’s best three scores to count.

This first round was truly International with Chris Way bringing his Easy Tiger racing team comprising fellow Alfreds member and youth sailor Antony Hawke on bow, Andy Hewson (who just happens to be the GM of Tiger beer based in Singapore) on strings, Peter Winter on trim/tactics and Guy Kennard on main all the way from RPAYC Australia despite having to negotiate their way through restrictive covid regulations.

Day one was forecast light and shifty winds from off shore in the morning. Because of all the high rise buildings ashore this creates big changes in wind direction and pressure. However, to make sure crews could settle into the event without suffering from a bad race, the first race was a practice race and one drop score was taken into account for the rest of the days racing. Just after the first race the wind shifted 180 degrees and then settled into better winds from the North west.

Racing was close, with two distinct groups fighting for every metre within their pack. First blood went to K Ithinai’s Pine Pacific team but Easy Tiger soon got up to speed and shared the days honours with them. Kevin Whitcraft was right there with them, while settling into a new crew aboard Stingray. And so the pattern was set and these three fought extremely closely contested races throughout Saturday and Sunday. A similar pattern was seen with Platus 258, 122 and 124.

The FLS sponsored Platu showing off its new branding for this worldwide logistics company.

Good winds and only minor shifts meant that the courses could be true windward leeward’s for day two and three with pressures between 7 and 15 knots and a fairly flat sea state.

Four, 30 minute races on day one, six on day two and five on day three gave the crews plenty of action. As usual the last race was a double point, medal race just to raise the blood pressure levels.

Thanks to Ocean Marina Yacht Club for their much-valued support of this exciting Championship.
Thanks to K Thammasak for his hard work on the Committee and mark laying boats.
Thanks to Doug Smith for his work behind the scenes.
Photos K. Toby Tanathorn and David Gray.
Kev Scott Ferret News 11 April 2022. www.yachtsinthailand.com see Championship 2022 section. 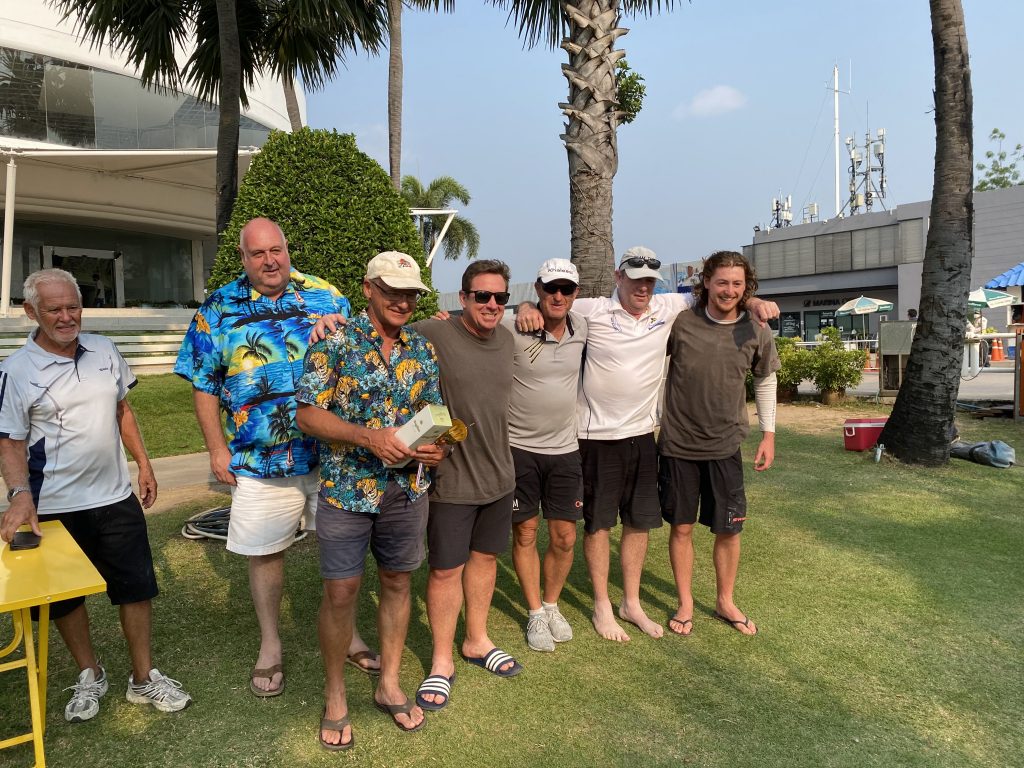 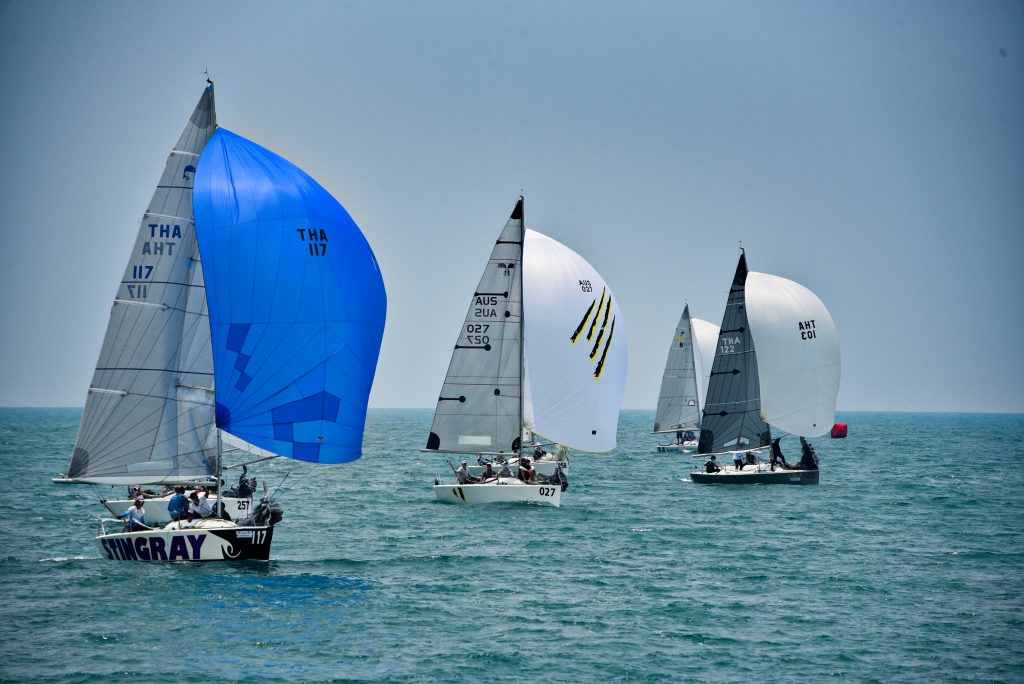