The brand new AC9F Youth America’s Cup yacht has undergone an official on-water sail testing day in Auckland with fantastic results, and the event is well on track for 2021.

With two female and two male crew on board, the boat was up on the foils straight away, and was pushing speeds of up to thirty knots. The crew even managed a few foiling gybes and showed – even in this early testing stage – that the AC9F is the real deal and will be an incredibly exciting boat to see in action during next year’s event. 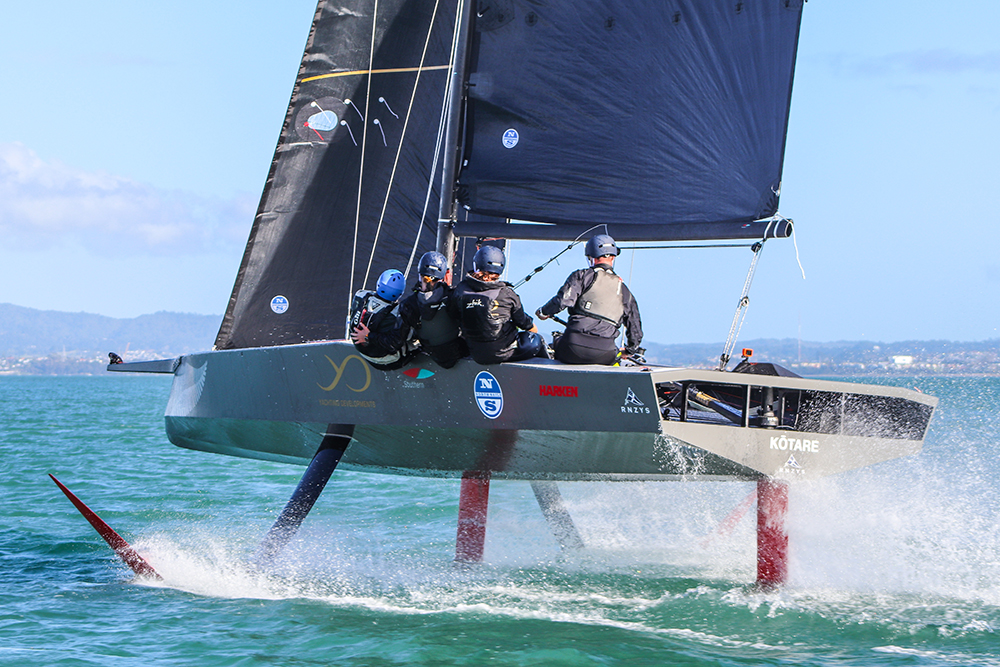 This first AC9F has been designed and built in New Zealand in a collaboration between Yachting Developments and the NZ Marine Industry, including Southern Spars, Harken and North Sails. It is great to have had this unique project built here in New Zealand, generating jobs and money for the country.

“It was great to see the boat sailing and working well, we are thrilled with how it performed. It has been a big combined effort from the NZ Marine Industry to make this happen, and to see it flying on the foils at speed today was a massive result for everyone involved.”

The Royal New Zealand Yacht Squadron has received seventeen confirmed entries with fifteen of these teams’ internationals. With more in the pipeline, the goal of twenty teams is looking likely. Collectively the teams are set to bring in over two-hundred-and-fifty people to New Zealand, all of whom will be staying in the country for several months which will have a significantly positive impact on the New Zealand economy. This figure doesn’t include families and spectators, which will then push this impact up even further. 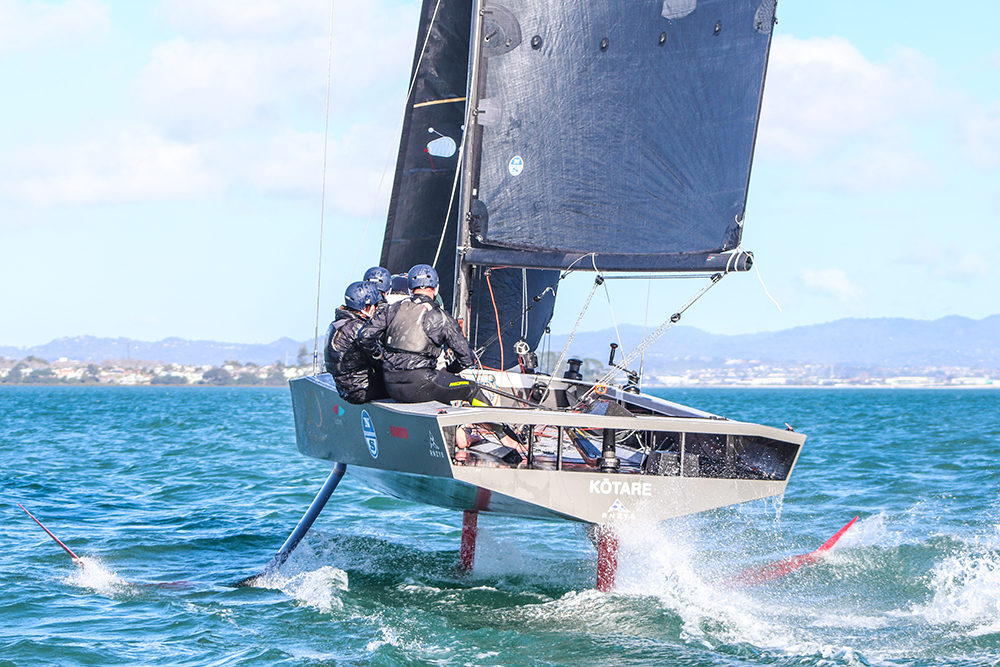 “This event is going to be huge for New Zealand and we can’t wait to see all the teams here and getting stuck in. A huge amount of hard work has gone on behind the scenes gathering entries and getting the first boat ready to go. This event is set to have a very important impact on the New Zealand economy, and will bring in the equivalent of two America’s Cup teams worth of people into the country for a long period of time. It will generate tens of millions of dollars for New Zealand. Teams will soon begin the immigration process and are willing to quarantine at their expense to ensure they can compete as required.”

Gender diversity is one of the main draw cards and motivations for this reinvigorated Youth America’s Cup, with all teams required to include two male and two female crew members.

“It was a lot of fun, I only wish I was young enough to be able to compete in the event next year! I think this event is going to be a great success and the gender diversity makes it really interesting. I think to have this rule in place can only be a positive for the sport of sailing, and paves the way for female sailors to be involved in major sailing events such as the America’s Cup.”

Teams are set to begin arriving later this year for training preparations, and now with the first boat in the water and performing well, the countdown is on for what is going to be a superb event in Auckland in 2021. 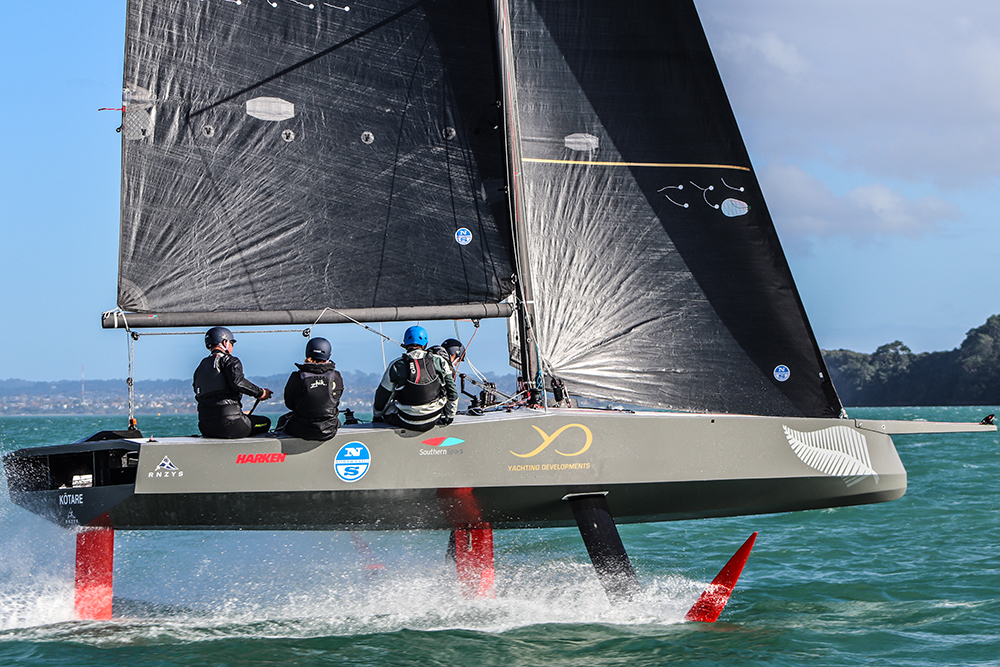 Watch a video of the AC9F sailing HERE

Round 2 was another great success with 99 sailors hitting the water over the 2 sessions. Running between June & August, this new series comprises of 6 rounds and is open...

The Annual General Meeting will be held at the Club on Tuesday 21 July at 8pm – the Notice of Meeting can be found on the Members Portal.A ballot will...

The Club have made available the option to lease the 6 x LT Windsurfers. The lease is exclusive to members of RPAYC who are wanting to lease a board &...

Dear Members,I hope that this message finds you well.Wednesday 1 July 2020 will mark 100 days since the Federal Government closed Clubs around the country. Over that time, we have...

IYD & YD Squads closing this WEEK! Don't miss out on this great opportunity

The brand new AC9F Youth America’s Cup yacht has undergone an official on-water sail testing day in Auckland with fantastic results, and the event is well on track for 2021.With...

Dear All Selden for Sailing Centreboard Winter Series 2020 Sailors,We trust you are looking forward to this coming weekend’s Round 2 at RPAYC. Registed participants would have recieved an email...

Dear Members,   I hope that this message finds you well.   On the water I had the pleasure of getting out on the water last weekend for the first time in many months. A...

101 sailors hit the water in a fantastic turnout last Sunday for Round 1 of the Selden for Sailing Winter Series. Running between June & August, this new series comprises of 6...